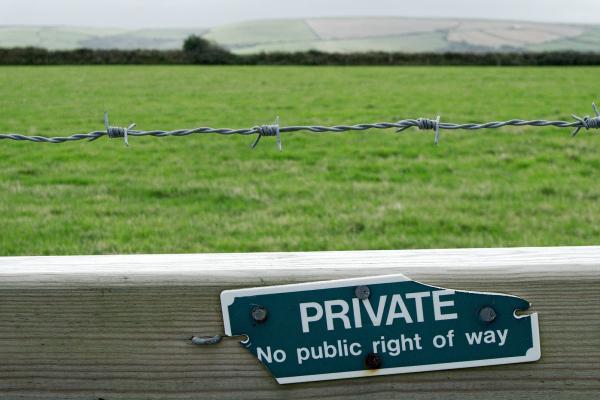 Rights of way can be a source of burning grievance, and that was certainly so in one case in which a town council’s treatment of a company in respect of an access route to a residential flat was branded unconscionable by the Court of Appeal.

The company held a long lease on the flat, which was in the basement of a public building owned by the council. The lease envisaged that access to the property would be through a car park. However, in accordance with a subsequent licence agreement, the company installed a new front door which enabled access through a municipal garden.

Some years later, the company planned to sell the flat. However, the sale was held up when a dispute developed over whether or not a right of way existed through the garden. Negotiations to resolve the problem came to nothing and, after the company launched legal proceedings, a judge ruled in its favour.

In dismissing the council’s appeal, the Court of Appeal found that it had knowingly encouraged the company to believe that it enjoyed an undisputed right of way across the garden. The company had spent a substantial sum converting the flat on that basis. In those circumstances, it was unconscionable for the council to deny the existence of the right of way.

The judgment meant that the company had a one-metre-wide right of way through the garden to the flat’s front door.

The Court ruled that the council would have to install a suitable gateway, gate and paving to give effect to the right of way but could recoup the cost of those works from the company. The council was ordered to pay the lion’s share of the substantial legal costs of the case.